The following diagram gives an overview of the main roles in the project organisation, from a Project Management point of view. Each of these roles is briefly explained below. 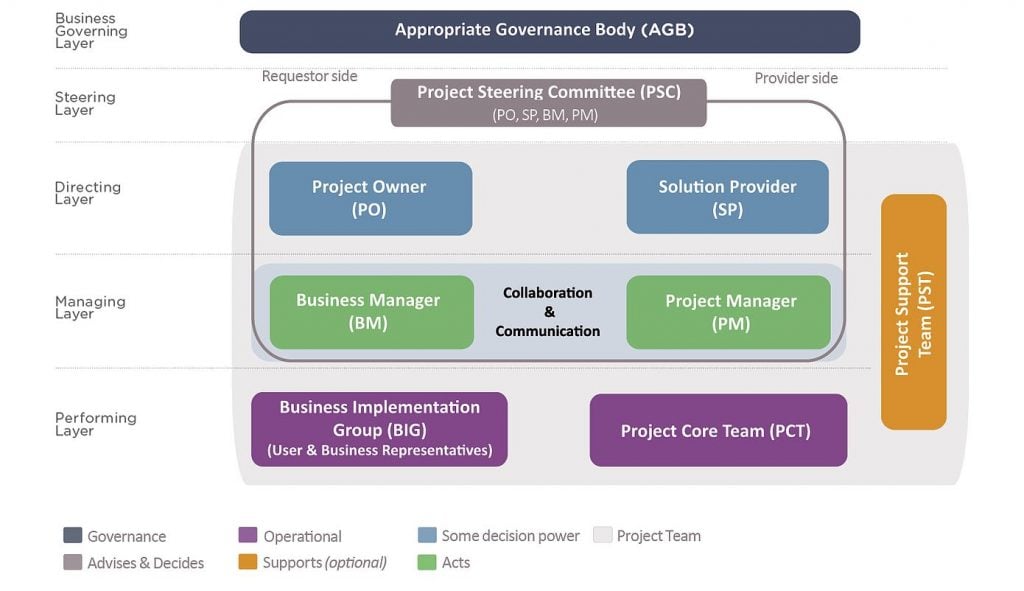 Note that there is only one project team, composed of the people assuming the roles defined in the Performing, Managing and Directing Layers. These people need to work together as a team for the project to succeed.​

The Business Governing Layer determines the vision and strategy for the entire organisation. It consists of one or more management committees operating at director level. It is here that priorities are defined, investment decisions are made, and resources are allocated.

The Steering Layer provides general project direction and guidance, keeping the project focused towards its objectives. It reports to the Appropriate Governance Body (AGB). The Steering Layer is composed of the roles defined in the Directing and Management Layers, and other optional roles.